Symposium is a series of speeches on Love, made by the guests, Socrates, Phaedrus, Pausanias, Eryximachus, Aristophanes and Alcibiades and their host, the young Agathon. All the speakers do not agree on the definition and features of love. Thus, there are some similarities and differences between the speech of Agathon and the one of Socrates that I will try to put in evidence in this essay.

Agathon is a skilled poet and rhetorician, so his speech exudes a perfume of elegance. He announces that he will complete what is still wanting in the theory of love, by asking himself what is its nature first, and, according to its nature, its effects.

For Agathon, Love is the best of the gods, as being the justest, since it never offends and is never offended; the most temperate, since temperance consists in dominating pleasure, and there is no pleasure superior to love. Agathon declares that: “Not even Ares can stand up to” Love!” (p.196), insisting therefore that Love is the strongest, for he has conquered Ares himself, the god of victory. He continues by saying that Love is the most skillful and wise at last because he does at his will poets and artists.

After this ingenious painting of the nature of Love, Agathon wants, as he has promised, to celebrate his benefits. He does so in a brilliant peroration, imbued with that somewhat manicured elegance which characterized his talent, and of which Plato seems to have wished to give a faithful and slightly ironic copy. “And, you see, the speech reminded me of Gorgias.”(p.198)

Socrates’ speech has some similarities with the one of Agathon as both agree that it is primordial to start by stating the nature of Love.  However, Socrates, the philosopher, the philosopher rejects what seems to him inadmissible in Agathon’s speech about the nature and the effects of love. He argues that Agathon’s speech is very beautiful, but perhaps more permeated with poetry than philosophy, more deceptive than truthful. Agathon claimed that love is a god, that he “is neither good nor beautiful” (p.202); but none of this is true according to Socrates. Instead, he argues that Love is not beautiful, because it does not possess beauty, for the reason that it desires it: one desires only what one does not have. It is not good either, for the reason that all good things are beautiful, the good being of its nature inseparable from the beautiful. It follows that love is not good because it is not beautiful. 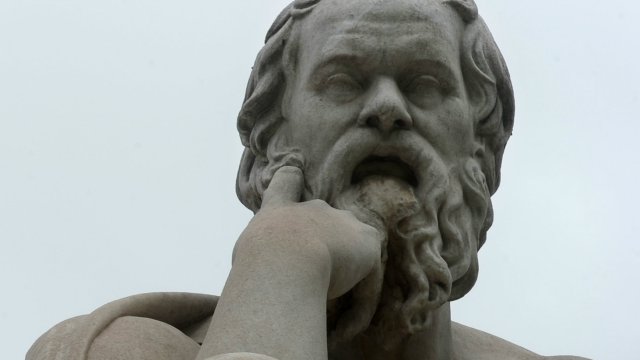 As regard to the divine nature of love claimed by Agathon, Socrates has an opposite view. Socrates declares to have learned all he knows about love from Diotima and at first, she made him understand that Love is neither beautiful nor good, as he has proved, and because he is not a god. If he were a god, he would be beautiful and good, because the gods, for whom nothing is wanting, cannot be deprived of either goodness or beauty. Does this mean that love is an ugly and bad being? This does not necessarily follow, because there is a milieu between beauty and ugliness, between goodness and wickedness, as there is between science and ignorance. Diotima added that Love is an intermediary being between the mortal and the immortal,  “He is in between mortal and immortal.” (p.202) She continues, “They are messengers” (p. 202) and their function is to act as an interpreter between gods and men, bringing from heaven to heaven the homage and vows of mortals, and from heaven to earth the wills and benefits of the gods. As such, love maintains the harmony between the human sphere and the divine sphere, it brings these contrary natures closer together; he is with the other demons the bond that unites the great whole. It amounts to saying that it is by the effort of love that man rises to God.

Socrates rejects Agathon’s claim that love is wise.  He argues that according to Diotima, Love was conceived on the day of the birth of Aphrodite; he was born of the god of abundance Pores, and of poverty, Penia: this explains both his semi-divine nature and his character. He holds his mother to be poor, thin, defeated, homeless, miserable, and his father to be a male, enterprising, robust, skilled and happy hunter, constantly on the track of good and beautiful things. He is passionate about wisdom, which is beautiful and good par excellence, being neither wise enough in himself to possess it nor ignorant enough to believe that he possesses it.

In a more philosophical speech, Socrates leads Agathon into contradiction before revealing to him its idea on the true nature of Love by using a dialectic method. 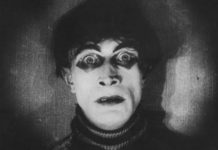